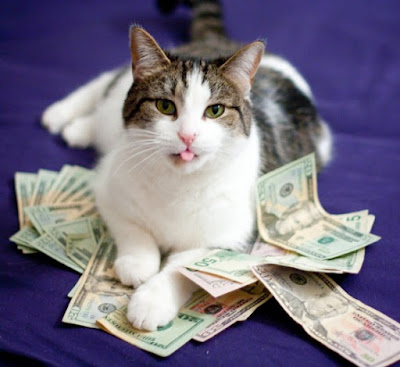 This is a true rags to riches story as an adopted stray cat has inherited $15 million from its Italian owner. Tommasino the name of the feline is now believed to be the 3rd richest animal in the world. The 2nd richest is a Chimpanzee worth $61 million and the number the richest animal in the world is a German Shepard who is valued a whopping $138 million. The law in Italy is that animals cannot inherit money so the money is to go to the diseased owners nurse, but were sure that Tommasino is going to be treated pretty well, which I'm sure she was living the life in the first place.
Posted by Pet Blogger at 3:51 PM

maybe me and this cat can trade lives?